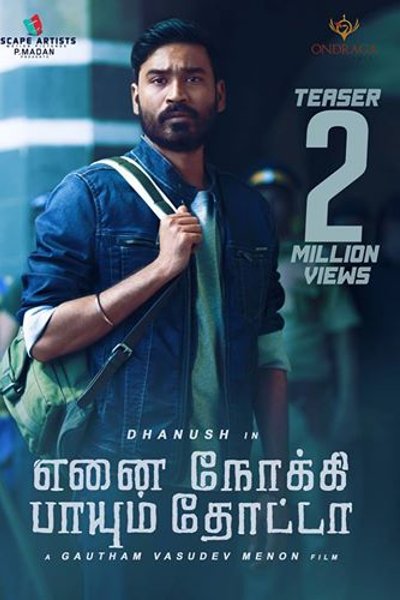 The movie’s music composer was kept secret even after the single track ‘Maruvarthai Pesadhe’ was released. They revealed that Thamarai is the lyricist and Sid Sriram is the singer of the song but the mentioned the music composers name as Mr.X. Later, Gautham Menon confirmed that the music director of Enai Nokki Payum thotta’s Darbuka Siva. Darbuka Siva. has already composed music for Sasi Kumar’s Kidari and Bale vellaiya Theva.

It's been nearly a year that every Dhanush fans, who are curiously waiting for the release of Enai Noki Paayum Thota. Escape Artist Madan is producing the movie with Rana Daggubati playing an important role. While the shooting of this film is close on the Heels of completion, the fans are already excited with couple of single tracks possessing their souls. Now, the team has announced that the third track that will be released on New Year eve titled 'Visiri'. The official announcement came from the desk of Gautham Vasudev Menon before few minutes on micro blogging page. According to the reports, the plans are going on full swing to release the movie by second week of February 2018. 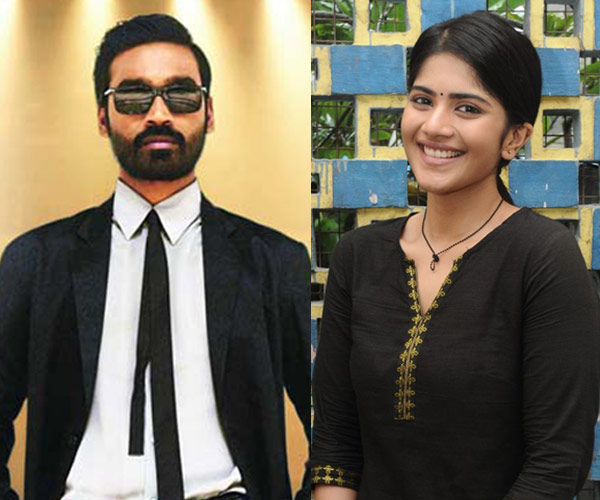