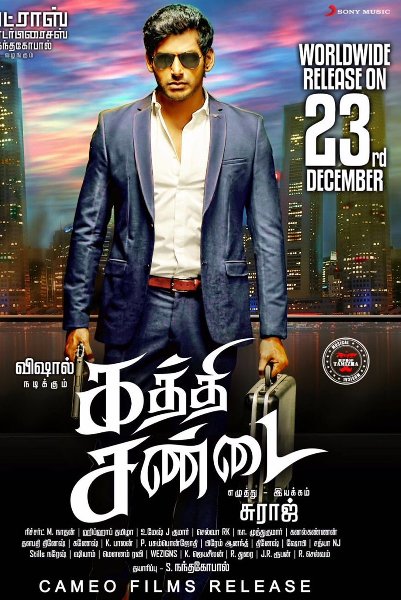 Vishal - Tamannaah's action entertainer Kaththi Sandai was supposed to hit the screens for this Diwali but then rescheduled for November 25 release. Looks like it has been postponed once again. The makers have cited the reason for the delay to be the existing currency problem that affects the audience from going to the theatres.

Hence the team has decided to release the film on December 2 for the 3-day weekend. It is likely to clash with Vishnu Vishal’s Maaveeran Kittu at the box office. Directed by Suseenthiran, this period drama is slated to release on December 1. As for Kaththi Sandai, the album composed by Hiphop Tamizha has been launched for this Diwali on October 28 and the songs have already become chartbusters.

Touted to be a masala family entertainer, Tollywood actor Jagapathi Babu and Tarun Arora of Kanithan fame play the antagonists. The supporting cast has Vadivelu making his comeback as comedian and Soori for comedy relief. Apart from them, Sampath Raj, Jayaprakash and Aarthi play pivotal roles. 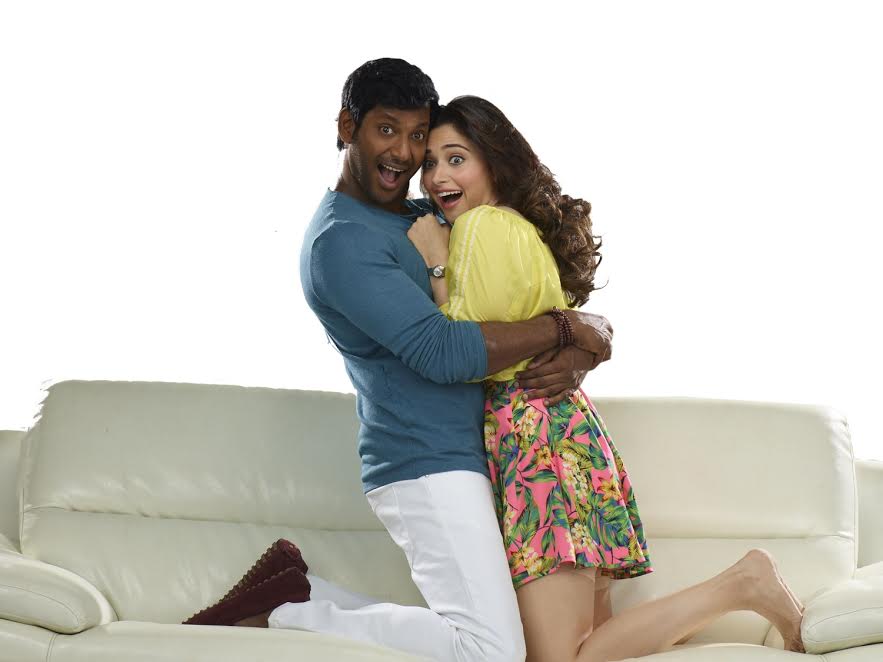 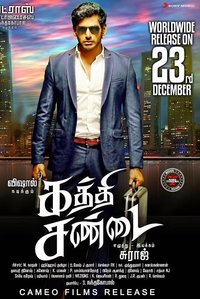 It was one day before the makers of Singam 3 announced the postponement in the release date and other movie makers have taken advantage to release their flicks in place of it. Readers are aware of the fact that the Suriya starrer has been delayed in it's release for the third time from December 2...see more

Vishal’s Kaththi Sandai was postponed in its release date for a while due to the prevailing cash crunch. Earlier it was slated for November 18 release and then pushed for December month when the makers went silent on its release date. Now the official and final announcement has come from the team...see more