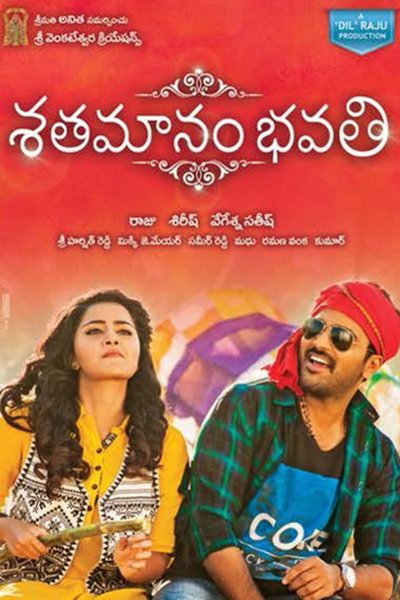 Shatamanam Bhavathi is an upcoming family entertainer from director Satish Vegesna which features the young faces, Sharwanand and Anupama Parameshwaran. Bankrolled by Dil Raju under Sri Venkateswara Creations banner, the makers have screened the film to the censor board recently and received a clean U certification.

The release date is locked to be January 14 for the Sankranti Festival, the movie being apt for the festive season. It is likely to have a clash with two other big releases, Nandamuri Balakrishna’s Gautamiputra Satakarni and Chiranjeevi’s Khaidi No.150. In spite of the box office clash, the makers are confident that Shathamanam Bhavathi will have a niche audience walking to the theatres.

The movie's plot is set to revolve around the relationship between a grandfather (played by Prakash Raj) and a grandson (played by Sharwanand). Apart from them, Jayasudha will have a key role. Prakash Raj’s and her presence on board in elderly characters is said to add value to the film since their successful on screen chemistry seen in Seethamma Vakitlo Sirimalle Chettu and Bommarillu. 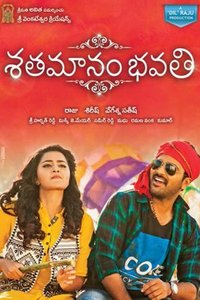 Shatamanam Bhavati, the family entertainer released for this Sankranthi weekend on January 12 and received huge response from the Tollywood audience. This flick had faced a tough competition at the box office with Nandamuri Balakrishna's Gautamiputra Satakarni and Chiranjeevi's Khaidi No.150 yet ...see more