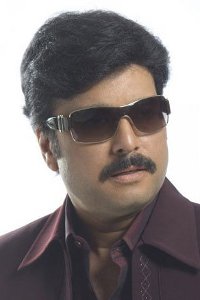 Mini Bio: Karthik is an Indian film Actor and Director.

Murali Karthikeyan Muthuraman known by screen name Karthik, is an Indian film actor, playback singer and politician. He is the son of veteran actor R. Muthuraman. He was first introduced by Bharathiraja in the film Alaigal Oivathillai. He has primarily appeared in lead roles in Tamil films.

Karthik won four Filmfare Award for Best Actor - Tamil and one Filmfare Award for Best Actor - Telugu. He is also the recipient of Tamil Nadu State Film Awards and a Nandi Award. Former Chief Minister and Dravida Munnetra Kazhagam Leader "Kalaignar Karunanidhi" on an occasion of 100th day film celebration of "Unnidathil Ennai Koduthen" praised the actor's talents and commented that the actor has enormous skills, however the film fraternity should have used the actor in better ways to extract much of his talent. The actor's career has many super hits and long-lasting movies. The actor has great numbers of fan following around South India. T. S. B. K. Moulee, an Indian stage and film actor once said in an Interview Actor Karthik has a unique style of acting and a very humble, down to earth simple personality. The ever charming ‘Navarasa Nayagan’, Karthik, who churned people’s heart with his blithesome smile and smart looks has been an inspiration and a role model for today's youths in Southern Film industry.

Please register / login to add Karthik as your favorite. 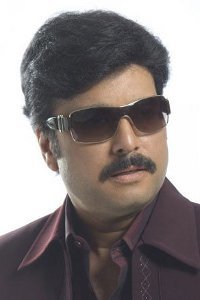 Mr Chandramouli starring Karthik and his son Gautham Karthik is releasing on 6 July. Produced by ...

Take a look at the exclusive stills of MrChandramouli new movie launch.

Karthik who was at stardom in the 1980s will be seen in a never before seen role in a dark gangst...