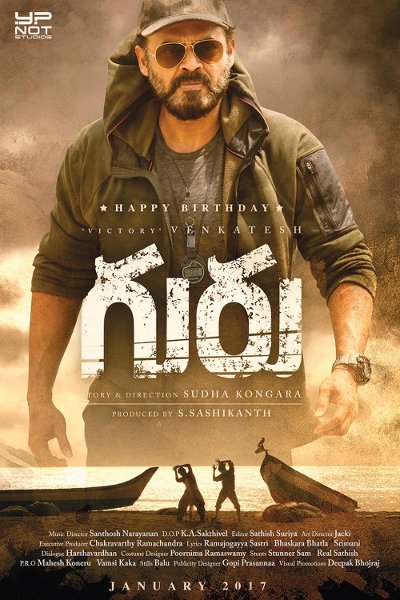 Checkout the songs of Telugu Movie Guru. Guru is a Telugu film written and directed by Sudha Kongara Prasad which features Daggubati Venkatesh in the lead role. It is a remake of director's own Tamil film Irudhi Suttru (2016). 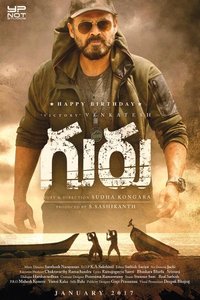 Venkatesh ‘Guru’ is the remake of Tamil movie ‘Irudhi Suttru’ directed by Sudha Kongara. This film was also released in Hindi titled ‘Saala Khadoos’. Venkatesh has reprised the role of a boxing coach in this film. Rithika Singh, who is a boxer off-screen, has played the role of a boxer in ‘Gur...see more