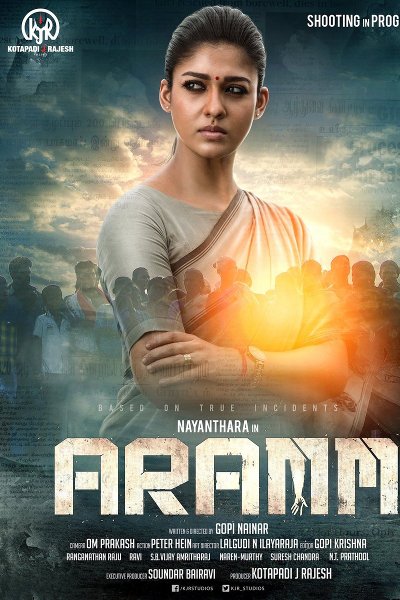 The Kashmora actress Nayanthara is said to have bagged a biggie with the director Minjur Gopi. The title of this project was unveiled to be 'Aramm' and will feature the lady as a district collector. This flick is a female oriented one with Nayan in a deglam role. The first look of the same has been released by the team on November 18 marking the actress’s birthday.

This social drama is said to be inspired from a true incident at the Ramanathapuram district in Tamil Nadu and will revolve around the issue of water scarcity prevailing in the society. This movie also has the two boys, Ramesh and Vignesh of Kaaka Muttai fame in pivotal roles. Rajesh of KJR Studios is producing this film.

The technical crew has Omprakash cranking the camera while the music composer is not yet roped in. Being Nayanthara 55, the shooting is at the final stages and the movie will see the limelight soon. Apart from this film, Nayanthara has to shoot for the horror film Dora, the cop thriller Imaikka Nodigal and Sivakarthikeyan's untitled film with Mohan Raja. 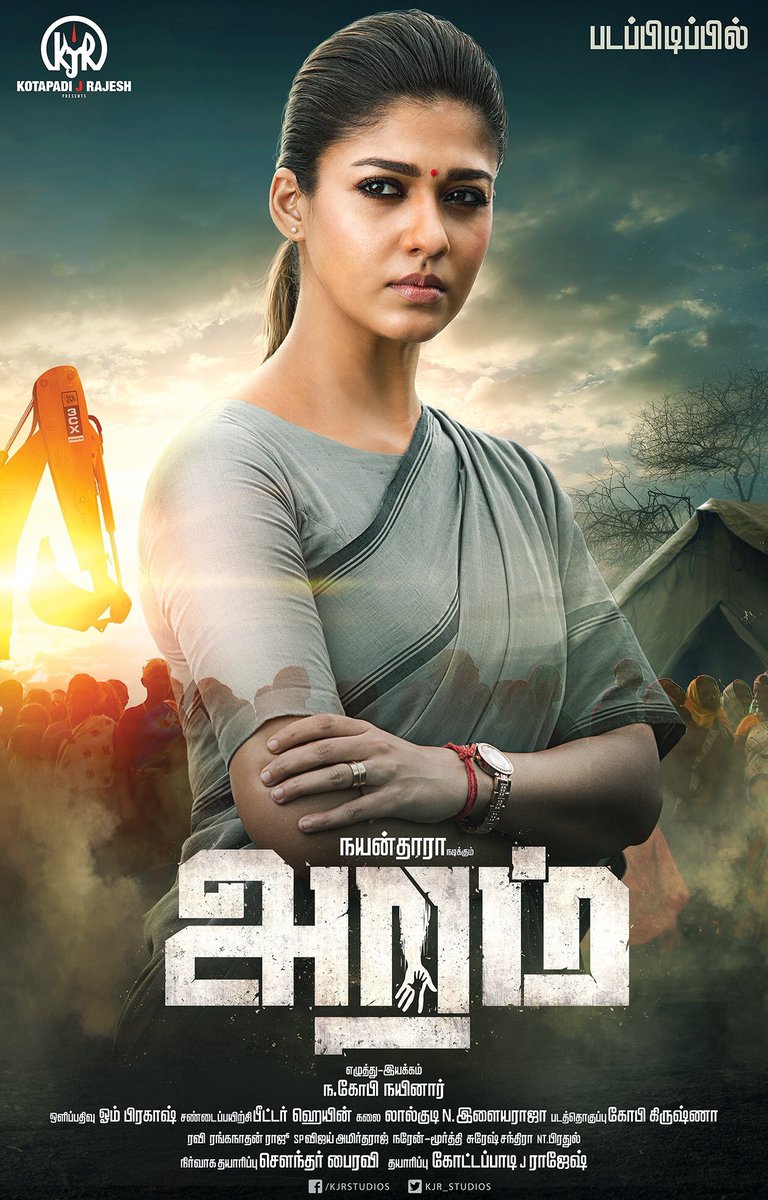 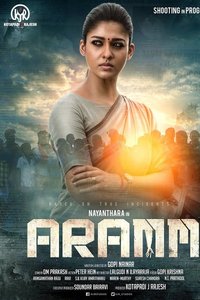 Aramm starring Nayanthara in the lead role has become a grand success and hot talk of the town. People from various forums are discussing about the movie and it has received accolades from audiences and critics. The director of the movie Gopi Nainar is a debut director, he is well known even befo...see more

Director Gopi Nainar looks so confident on getting the best due credits for his debut directorial ‘Aramm’. The film is releasing on November 10th worldwide and the expectations are pretty much high for this movie. Nayanthara will be seen playing the role of an IAS officer, who is on the verge of ...see more

Take a look at the new trailer for the movie 'Aramm' starring Nayanthara in the lead role.see more

Actress Nayanthara has been working on many project simaltaneously. The actress has already completed three back to back projects titled Aramm, Imaikka Nodigal and Velaikkaran. Only few more portions are left for the entire shoot of Kolaiyudhir Kaalam to wrap up. Meanwhile, she is all set t...see more

Here are the official full songs from the movie 'Aramm' starring Nayanthara in the lead role. Music by Ghibran.see more