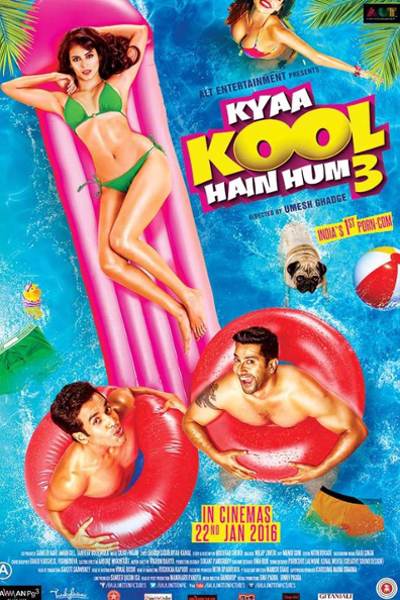 To a shock for the audiences, the movie has got 34 cuts to give the A certificate. Well it is evident from the trailer released few days back that it left most of the people speechless and took adult movies to a next level. The movie was shown to the board three times for them to decide upon the release.

However it got through easily when compared with Mastizaade, another A rated comedy film with Sunny Leone that will also hit the screens on Jan 29. Directed by Umesh Ghadge, he promises that Kyaa Kool Hain Hum 3 will entertain all sets of audiences with no vulgarity.

The Kool Boys are back! This time they are crazier,racier and naughtier. starrer usshar Kapoor, Aftab Shivdasani and Mandana Karimi. see more