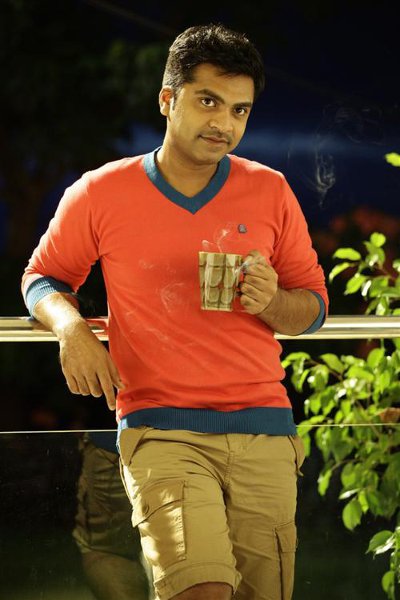 Silambarasan Thesingu Rajendar, known as Silambarasan and also called Simbu or S. T. R., is an Indian film actor, director, playback singer and lyricist of the Tamil film industry. He began his career by playing roles as a child artist in films directed by his father T. Rajendar, before essaying his first lead role in Kadhal Azhivathillai (2002), under his father's direction as well and produced by his mother Usha Rajender.

Silambarasan played his first starring role in Kadhal Azhivathillai (2002) directed by his father. His second film was Dum (2002). In 2003, he appeared in Alai. He had three releases in 2004 including Kovil and Kuththu. He then starred Manmadhan which he also wrote and co-directed. His next film was Thotti Jaya. He received rave reviews for his performance.

His next film, the Tarun Gopi-directed masala film Kaalai, was released in January 2008. Later that year, he appeared in another action-masala film Silambattam.

In 2010, his film Vinnaithaandi Varuvaayaa released. Directed and written by Gautham Menon, the film became a Tamil cult film. The film changed his media image. Director K. Balachander in an open letter called Silambarasan's performance as his best in his career.

The following year he appeared in two films, the drama film Vaanam and the masala film Osthe. Malathi Rangarajan from The Hindu called it a significant film in his career. Osthe, directed by S. Dharani, released in more than 110 screens overseas in December 2011.

Please register / login to add Silambarasan as your favorite.

Following the success of Vendhu Thanindhadhu Kadu, Simbu began working on his next film, Pathu Th...