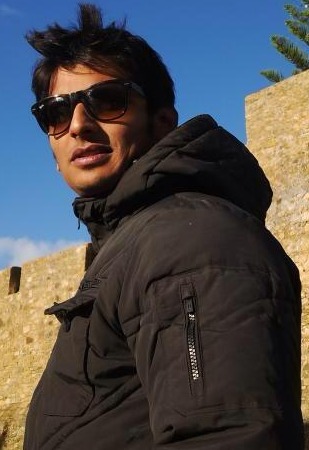 Jiiva with a chimpanzee in Thailand for a shoot

Gorilla movie directed by Don Sandy who has previously directed Mahabalipuram, featuring Jiiva, as the male lead and Arjun Reddy fame Shalini Pandey as the female lead of the movie. It is said that Gorilla is a heist comedy thriller which got on floors recently and the first schedule of the shooting happened in Pondicherry. But major portion of the movie is planned to shoot in Thailand.

It is believed that a chimpanzee is also in the cast and will be traveling with the Gorilla team. Sources close to the movie say that, the team has got permission from the Government of Thailand and India to shoot with it. However People for Ethical treatment to Animals (PETA) has shot a notice to the team to follow the strategy of Planet of the Apes and The Jungle Book by hiring CG experts to recreate wild animals rather than using a chimpanzee.

The shooting would resume in the next couple of weeks as the Kollywood strike has come to an end. It is light-hearted entertainer about a group of people trying to loot a bank with the help of a chimpanzee. This might be a different science fiction in Tamil cinema. 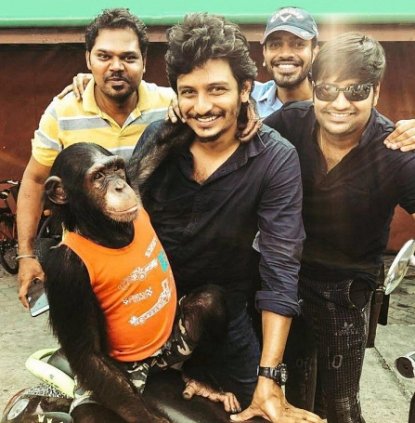 Jiiva with a chimpanzee in Thailand for a shoot

Jiiva is currently working on a project Gorilla directed by Don Sandy is said to be a science fiction is fast progressing and that it is being shot in a huge set erected in Chennai. This movie also features a chimpanzee has created a huge expectation. 'The chimpanzee, named Kong, is from the worl...see more

Actor Jiiva has been signing up projects in relentless mode. The actor is keeping his fingers crossed over his upcoming release ‘Kalakalappu 2’ scheduled to hit screens on this Friday. Meanwhile, his other film ‘Kee’ has been postponed to a later date. During this interim, he has started shooting...see more

Jiiva gearing up; 3 movies release for this year posted on 01 February 2018 Article

Shalini Pandey rose to fame after the release of Telugu superhit Arjun Reddy. Earlier we reported that Jiiva and Arjun Reddy fame Shalini Pandey are teaming up together for the film ‘Gorilla’, which is a comedy heist entertainer. The film also features Radharavi, Satish, Munishkanth, Yogi Babu, M...see more