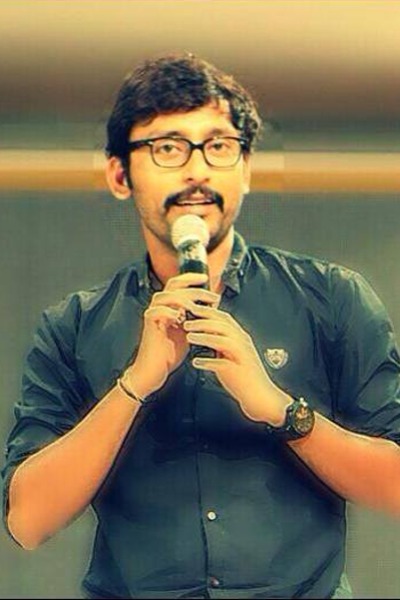 The untitled flick signed by Mahesh Babu with director A.R.Murugadoss has started its shooting few weeks back with the cast confirmed. After many efforts taken by the team to bring Parineeti Chopra on board, Rakul Preet Singh was signed to play the lovelady for the Prince actor.Another recent addition to the cast is recently revealed to be RJ Balaji as the actor's sidekick.

This time he is not just a friend and comedian in the film but has been given with a substantial character where he will be with the actor in handling few serious situations. Balaji is much excited to have bagged the role with such a talented director and says that he always wanted to work with top directors like him.

Indeed his dream has come true to say as he has three major films at hand. One with director Mani Ratnam in Kaatru Veliyidai, second with Mohan Raja in his Sivakarthikeyan starrer and third with Vignesh Sivan in Kaathu Vaakula Rendu Kaadhal. As for Mahesh Babu's film, it is an action entertainer made in Tamil and Telugu simultaneously and the shooting of RJ Balaji’s part starts shortly.

Happy to b a part of
AR Murugadoss- Mahesh Babu film ..! https://t.co/hCRcZ12aP7

RJ Balaji is one of the most favourite comedian of all the leading actors and directors in K-Town. He is now working on many projects, which includes Sivakarthikeyan’s Velaikkaran and Atharvaa Murali’s upcoming film, directed by Kannan. But, things have changed in his acting career in AL Vijay’s ...see more

Kadavul Irukaan Kumaaru (KIK) featuring G.V.Prakash Kumar has a new crew member on board. The director Rajesh is known for his longstanding collaboration with Santhanam for almost all his past movies. Now it is time to move on and he has RJ Balaji to play along with GV in the supporting role....see more