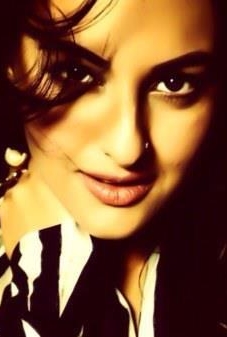 Sonakshi Sinha is an Indian actress who works in Bollywood. The daughter of actors Shatrughan and Poonam, she began her career in film as a costume designer. She made her acting debut as Salman Khan's leading lady in the highly successful action-drama Dabangg (2010), for which she won the Filmfare Award for Best Female Debut.

Sinha has played the romantic interest of the male protagonists in several top-grossing action-dramas, including Rowdy Rathore (2012), Son of Sardaar (2012), Dabangg 2 (2012) and Holiday: A Soldier Is Never Off Duty (2014), though she was criticised for taking up roles that offered her limited scope. She received critical praise for her portrayal of a woman suffering from tuberculosis in the romantic drama Lootera (2013), for which she was nominated for the Filmfare Award for Best Actress. She also made debut in Tamil film Lingaa with Rajinikanth.

Please register / login to add Sonakshi Sinha as your favorite. 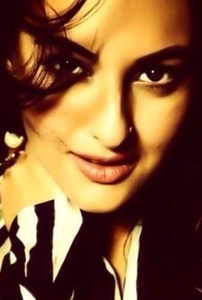 Take a look at the exclusive photos of Actress Sonakshi Sinha.